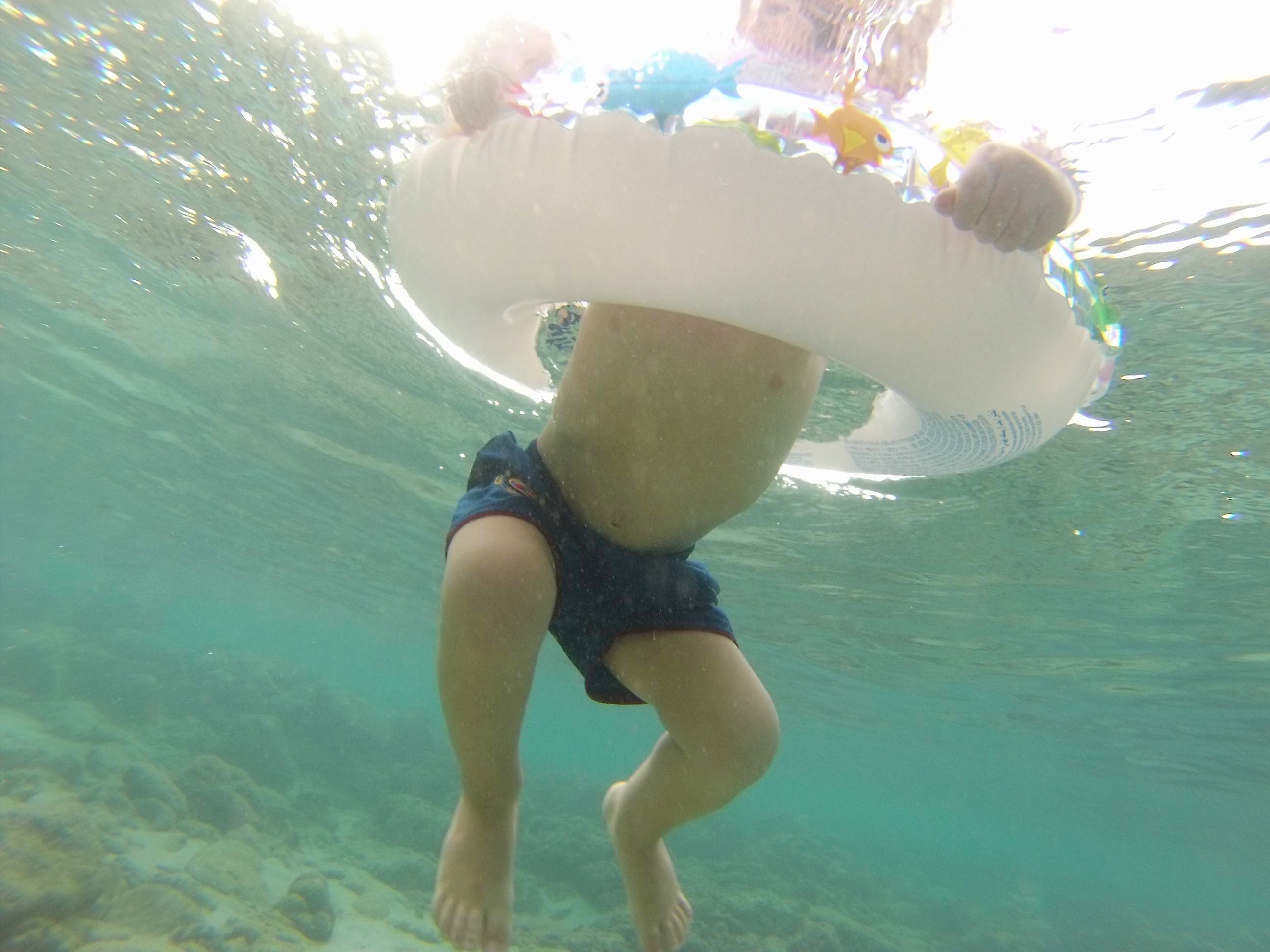 Antonio is 4 years old. He moved to the Philippines 3 years ago from Europe. He’s a blond boy with blue eyes and everybody knows him in the village he lives in. He also speaks three languages, knows how to catch fish and climb ocean rocks. He is a TCK (Third Culture Kid) and he is loving it.

The Philippines is a developing country for many reasons (infrastructure, Internet connection,  medical support, etc). However, it also has many  strengths that Western countries can learn a lot from. One of them is the patience, love and understanding Filipinos have for small children.

Here are 6 reasons why I think it is great to raise a Third Culture Kid in the Philippines:

“It needs an entire village to raise a child”. That old saying is so true! People in most of Asia and very much so in the Philippines simply love children. Men and women go gaga around babies – even more so when those babies are blond and have blue eyes. As a mother with a child one feels very welcome and safe. Filipinos are also very helpful, understanding and kind when it comes to carrying a small child. Antonio needs only 30 minutes to get from the entrance of the Manila Airport to the boarding gate of his long distance plane. That’s because everybody is smiling and waving him through. So Antonio and his mama never have to queue for check-in or boarding.

Naturally Antonio started to speak 3 languages. German, English and Tagalog. The Filipino family and the village people speak Tagalog. In the kindergarten the teachers speak English and his mama speaks only German to him. He also speaks the universal languages of toddlers. When Antonio met Xavier (a 3-year-old Australian classmate) for the very first time, Antonio spoke “Germalog” (German and Tagalog) and Xavier spoke “Englonese” (English and Chinese – he just arrived from a posting in China). They understood each other instantly.

When it is low tide Antonio turns around the rocks at the beach and screams “Crabs!!!” He collects the tiny shell snails and lets them have a race on a big stone. He also makes “land-art” out of corrals, stones, flowers, wooden sticks, bamboo and shells. He has seen a real Octopus and loves the blue coral fish. He knows that salt water is good for his health especially if he has the flu. Antonio can hold a fishing line and catch real and imaginary fish for dinner.

Elderly people are well respected in Filipino culture. In fact, whoever is older then oneself  deserves respect and is to be spoken to using the appropriate title. Nake (6 years old)  is older then Antonio so he calls her “Ate Nake” (older sister Nake even if not blood-related). Antonio also  takes the hand of an family-elder and puts it on his forehead as a sign of respect. It is the blessing of the elder which makes both smile and carry on with their daily duties. All people are connected. Antonio learns this wisdom from the very beginning and is able to use it even when he is in the western world where he interacts respectfully with his European grandparents.

Antonio basically grows up on super fresh fish caught in the sea in front of his house. Fish oils are a pure brain-booster especially for the developing body and mind of a small child.  Fresh fish, organic brown rice, homegrown vegetables tropical fruits and Swiss muesli is what Antonio eats most of the time.

6. Experiencing the best of both worlds

When Antonio stays in Europe in summer he plays soccer, goes to the puppet-theater, takes the train to visit his friends in Hamburg or visits the Vienna Zoo. There are playgrounds and kids museums, lakes and forests and lots of delicious cakes to be grateful for. Antonio has a “soul-mate” in Austria and a “best friend forever” in the Philippines. Village kids between 3-15 years old play with him on a daily basis and it seems Antonio is simply loving the variety of age groups, cultures, languages, climates, food and activities. He is just as happy in Europe as he is in the Philippines.

There is no doubt that for many kids this kind of life is very enriching. However, every kid has its own personality and needs. It is important to listen carefully to the little person to know what works for him or her and what doesn’t. For Antonio, this is a great place to be where he can enjoy the best of two worlds. As mentioned in the eye-opening book of David C. Pollock and Ruth E.Van Reken:  ” Third Culture Kids – growing up among worlds”, this place will be part of his identity and it is called „Third Culture“ wich is inside him – often invisible to others – and a highly valuable life-experience.

This site uses Akismet to reduce spam. Learn how your comment data is processed.